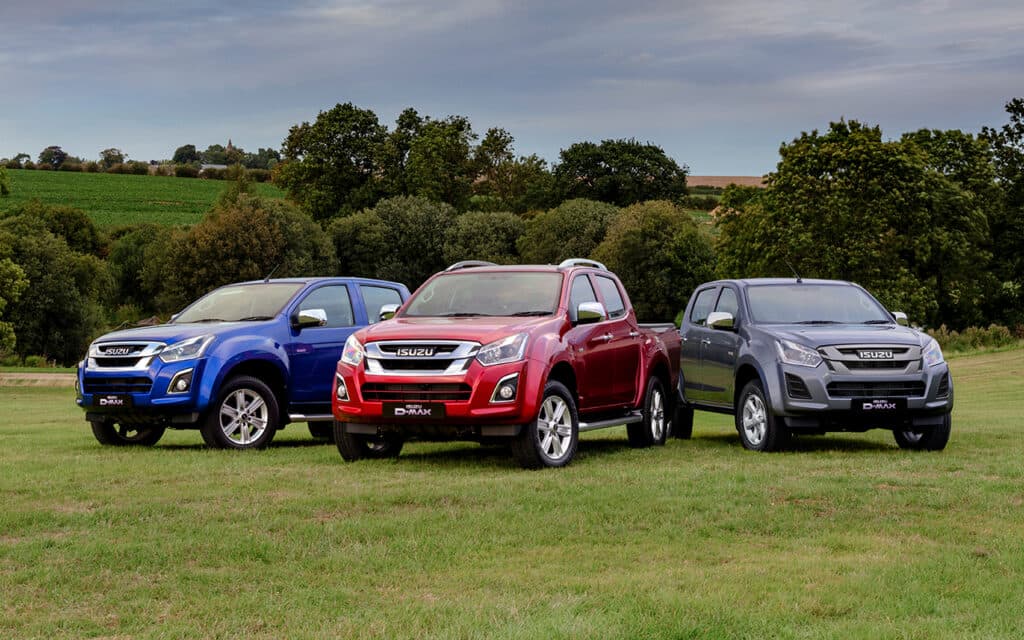 It’s a hat-trick of wins for the D-Max, which hangs on to the prize it first received two years ago and was able to retain last year.

So, what’s the secret to its success?

Well, some factors that impressed the judges have remained constant, such as offering a full range of body styles, including single-, extended- and double-cab, where many competitors have gone double cab-only with an eye on the lifestyle market. But while the D-Max does hold strong appeal as a utilitarian workhorse, that doesn’t mean it’s a range that neglects luxury-minded buyers. Indeed, another reason that the D-Max has held on to its crown is the way the range has continued to evolve, and since last year’s awards, many developments have targeted the higher end of the market.

Take the XTR for instance, which made its debut in prototype form at the CV Show in April.

This is a trim level designed to sit above the previously range-topping Blade spec, and below only the extreme limited-edition Arctic Trucks model. Aimed at off-road driving enthusiasts, it features upgrades such as a bespoke Pedders suspension and brake system, with a raised ride height, and Pirelli Scorpion All Terrain Plus tyres. Together with aggressive styling, it’s designed to make a big impression both with its looks and with its go-anywhere capabilities.

This year has also seen Isuzu continue its policy of adding appeal to the D-Max range with limited-edition models. At the higher end of the range, this includes the Blade+. Limited to 150 examples, this is based on the regular Blade trim level, but with upgrades including a front skirt, 19in gunmetal alloy wheels, a front camera, pro-lift tailgate assist, a Blade+ decal and puddle lights, and laser lights in the front bumper.

At the other end of the scale, there’s the Workman+, based on the entry-level Utility trim. Limited to 125 examples, this features extra equipment including a rear load liner, tow bar, 13-pin electrics, side steps, 18in alloy wheels, a full-size alloy spare wheel, a reversing camera that displays its image in the rear-view mirror, and DAB radio.

In a demonstration of how Isuzu truly has all the bases covered, the Blade+ and Workman+ followed on the heels of the V-Cross, a 100-example edition that arrived in January based on the mid-range Utah trim. Upgrades with this model include a front skirt, 18in alloy wheels with a 12 V-spoke design and a black diamond-cut finish, a wireless charger, and a front camera to help with manoeuvring when parking.

In a pick-up truck market where vehicles have to cover so many bases, from rugged workers’ tools to luxury SUV rivals, it’s truly impressive that Isuzu has managed to keep all these angles covered. It’s this versatility, combined with the strength of the underlying package, that continues to make it our judges’ pick.