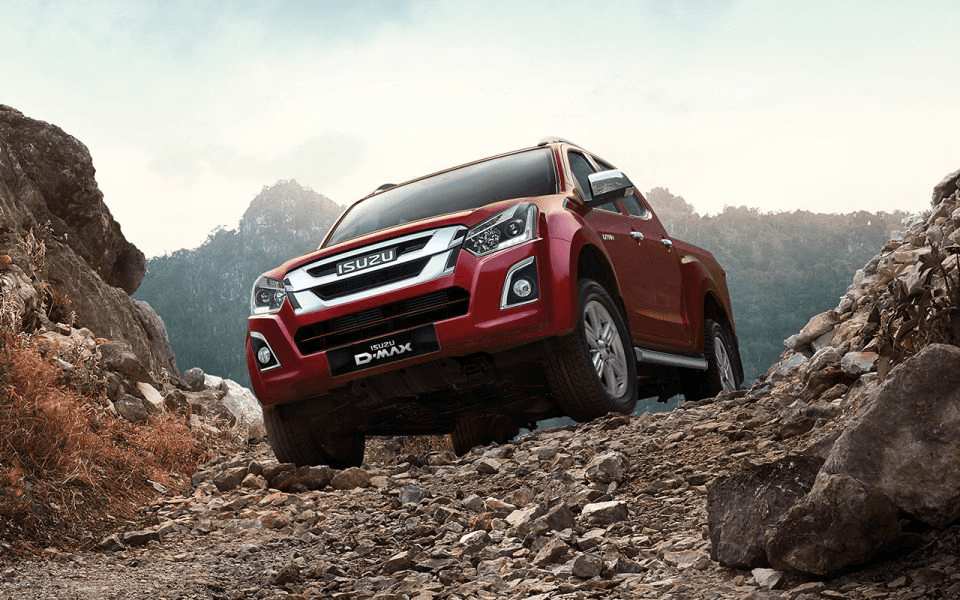 This is what WHATVAN? had to say about the Isuzu D-Max, their winner for two consecutive years in a row;

‘It’s a case of ‘as you were’ in the pick-up category, with the Isuzu D-Max holding onto the crown it claimed 12 months ago.

However, that doesn’t mean things have stood still, with updates during 2018 helping the model stay ahead of rivals.

These included the introduction of a Yukon Luxe Extended Cab model. According to Isuzu, this met customer demand for a higher-spec vehicle, with features including 18in alloys, an upgraded leather interior, and tailgate assist.

Upgrades for the wider D-Max range were then introduced in October, with trailer sway control made standard on all four-wheel drive models, and the suspension on double-cab models changed from a five-piece to a three-piece leaf spring set-up, with the aim of improving ride comfort and reducing noise levels.

The kerb weight of double-cab models was also reduced by 10kg, resulting in a corresponding 10kg payload increase, and cabin trim was also upgraded.

Isuzu also kept up interest during the year with limited edition trucks, ranging from the extreme polar exploration-spec Arctic Trucks Stealth, limited to just 10 examples, and the more everyday Utah Luxe double-cab, which added upgrades including 18in diamond-cut alloys and the Pro-Lift Tailgate Assist system to the existing Utah trim for a 75-model run.

However, exciting though these vehicles may be, it’s the breadth of choice in the regular range that continues to impress our judges the most.

Specifically, it’s Isuzu’s commitment to a comprehensive list of bodystyles, with single-cabs and extended-cabs rather than just the more leisure-focused double-cabs, which proliferate elsewhere, which is seen as the most crucial factor.

That’s not to say the model doesn’t perform well, with the single 1.9-litre diesel engine on offer – paired with a six-speed manual gearbox or a smooth-shifting six-speed automatic – capable of towing up to 3.5 tonnes, and able to meet Euro6 emissions standards without needing AdBlue.

Having had a D-Max on our long-term test fleet this year, in Utah double-cab spec, we found other attractive features included handsome styling, and exemplary handling, with the truck capable of being pushed quite hard into bends without coming unstuck, and remaining composed even over the deepest potholes.

Build quality was solid, with no unwanted rattles or squeaks, and straight-line performance was highly competitive for the segment.

Adding appeal from an ownership point of view is a five-year/125,000-mile warranty, which is backed up by a five-year roadside rescue and recovery scheme including Continental cover.

It’s all part of a strong all-round package that has kept the D-Max on top of the tree – and if it sounds like your kind of truck, but you’d like a sportier feel, the good news is that another limited edition, the Fury, is set to arrive in January, aiming to deliver just that.’ 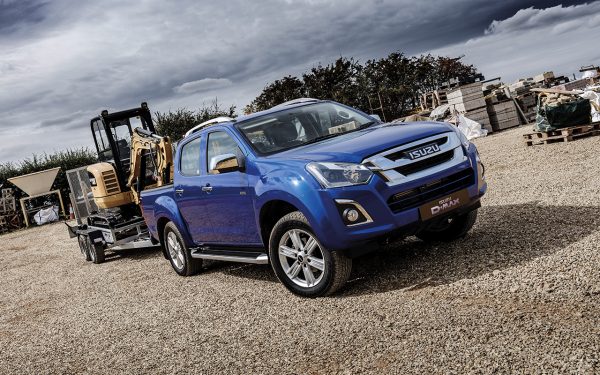 Following the recent Government announcement, we will be closing our Showroom from Tuesday 5th December until further notice.

Although our physical showroom will be closed, we are open for Online Sales and will be offering “Click & Collect” This will allow customers to still purchase their new vehicle from the comfort of their own home, before coming to collect their new vehicle and driving away.

Please be rest assured that our strict COVID-19 policy will continue to be in place throughout each department. We want to ensure you feel as safe as possible, so if you have any questions please do not hesitate to contact us.

Thank you for your continued support, understanding and co-operation during these difficult times. It really is greatly appreciated! We hope you all stay safe and look forward to welcoming you back to our showroom when it is safe to re-open. If anything should change in the meantime, we will keep you updated with the latest information via our Social Media Channels and Our Website.